I am getting interested in shino's again. I haven't used any for several years, but I'm going to give them a go after getting some tips at a workshop. In the studio we have Malcolm Davis carbon trap shino and it occasionally carbon traps, but most of the time it just turns out orange. I'm now trying to spray one type of shino on greenware, bisque fire it and then spray another shino with a sprinkling of wood ash. The cup below is a result of this technique. I also tried a glaze called crab claw shino. It mostly turned out orange, but you can get some nice carbon trapping if you sprinkle wood ash on top. 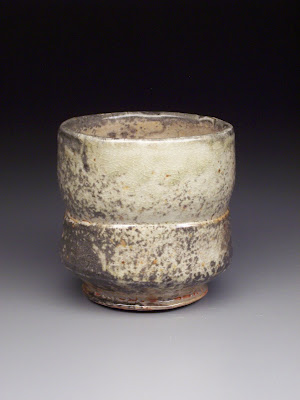 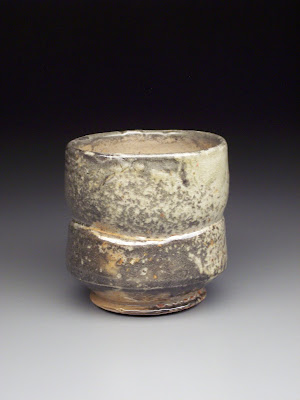 Posted by livelyceramics at 5:11 PM

livelyceramics
Adjunct Faculty and potter on the side.

Promote Your Page Too